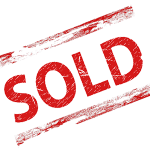 All parts original, restored by our specialists. Provenance Désirée Artot, famous opera singer and inofficial fiancée of Piotr Iljitsch Tchaikovsky. Here is their story, or so it is said

Désirée Artôt met Tchaikovsky briefly at a party at the Begichevs in the spring. He also visited her after her benefit performance, for which he wrote additional recitatives for a production of Daniel Auber’s opera Le domino noir. They again met by chance at a musical party, where she expressed her surprise that he had not visited her more often during the autumn. He promised he would do so, but he did not intend to keep his promise, however Anton Rubinstein persuaded him to see her at the opera. She then started to send him invitations every day, and he became accustomed to visiting her every evening. He later described her to his brother Modest as possessing “exquisite gesture, grace of movement, and artistic poise”. He had put aside his work on his symphonic poem Fatum in order to give her all his attention. It seems plausible that Tchaikovsky was more captivated in her as a singer and actor than as a romantic interest, and had difficulty in separating the artist from the person. Tchaikovsky dedicated his Romance in F minor for piano, Op. 5, to Artôt.

By the end of the year, marriage was being considered. It has been said that this was Tchaikovsky’s first serious attempt to conquer his homosexuality. Her mother, who was travelling with her, opposed the marriage. There were three reasons for this: a certain unnamed Armenian man who sat in the front seat at all Artôt’s performances, and was in love with her himself, told her mother lies about Tchaikovsky’s background and his financial status which, being a stranger to Russian customs, she had no reason to disbelieve; then there was Tchaikovsky’s age – he was five years Artôt’s junior; and finally, she may have heard rumors about Tchaikovsky’s sexual practices. Tchaikovsky’s father, on the other hand, supported his son’s plans. Artôt herself was not prepared to abandon her career to support a struggling composer, and neither was Tchaikovsky prepared to become merely a prima donna’s husband. Some of Tchaikovsky’s friends, such as Nikolai Rubinstein, advised him against the marriage because being the husband of a foreign singing celebrity would mean he would have to forgo his own musical career. The matter was left undecided, and no formal announcement was made, but they planned to meet again in the summer of 1869 at her estate near Paris to finalize the question of their marriage. Then the opera company left to continue its tour in Warsaw. By the beginning of 1869, however, Tchaikovsky was having second thoughts. He wrote to his brother Anatoly that it was doubtful the marriage would ever take place. He wrote “… this affair is beginning to fall apart somewhat”.
Although she did not communicate this fact to Tchaikovsky, as the social conventions of the time would have demanded, Artôt also changed her mind. (One source claims it was her singing teacher Pauline Viardot who persuaded Artôt not to marry Tchaikovsky.) On 15 September 1869, either in Sèvres, Artôt married a member of her company, the Spanish baritone Mariano Padilla y Ramos. Padilla was seven years her junior, and he was someone she had previously ridiculed to Tchaikovsky. Nikolai Rubinstein was advised of the marriage by telegram, and he went to inform Tchaikovsky straight away. He was in the midst of a rehearsal for his opera The Voyevoda, and when he heard Rubinstein’s news, he became quite upset, abandoned the rehearsal, and left immediately.
The Artôt episode was very fresh in Tchaikovsky’s mind at the time he wrote Romeo and Juliet. He could easily have drawn a parallel between his personal loss and the tragedy of Shakespeare’s drama. Mily Balakirev praised Romeo and Juliet’s love theme (written in D flat = Des) with an extraordinary choice of words: “… the second D flat tune is delightful … It is full of tenderness and the sweetness of love … When I play it I imagine you are lying naked in your bath and that the Artôt-Padilla herself is washing your stomach with hot lather from scented soap”. It was Balakirev who had first suggested Tchaikovsky write a Romeo and Juliet piece, in May 1869 (or August). The work (in its first version) was completed on 29 November 1869, just two months after Artôt’s marriage to Padilla.